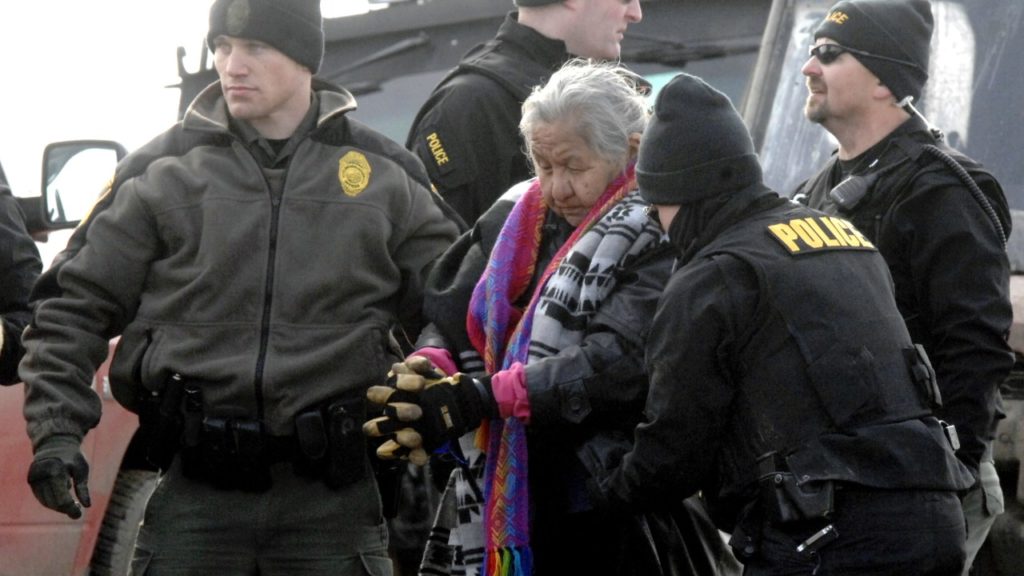 CDP in the Press: The criminalization of environmental protest in Trump’s America

“This crackdown is happening because activists have been successful, and because industry realizes that protest is a threat,” Kelsey Skaggs, executive director of the Climate Defense Project, told ThinkProgress. “We’ve seen it begin, and now we’ve seen it worsen.”

“The conditions now are perfect for an increased crackdown, because the Trump administration is so friendly in terms of pro-policing, pro-business attitudes, and because a lot of state legislatures are controlled by Republicans,” Skaggs said.

“This suit is part of a rising tendency on the part of government and industry to demonize activists and to criminalize free speech activity,” Ted Hamilton, co-founder of the Climate Defense Project, told ThinkProgress in August when Energy Transfer Partners first filed their lawsuit. “Fossil fuel companies know that they’re losing public support for their poisonous activities — and so label their opponents ‘terrorists’ and seek gag orders in court.”

“Legally, many of these proposed bills are clearly unconstitutional and many of them have failed to be passed into law,” Skaggs said. “But their existence, even as proposals, can certainly create fear and chill First Amendment activity.”

Still, with the Trump administration leaving little hope for environmental and climate groups that once saw the federal government as a potential ally, Skaggs said she views protest as an important tool for activists, despite the increased threat of prosecution.

“The elected branches of government are not responsive to the will of the people, by and large. They are responsive to the interests of powerful industry. And in that situation, I think that people believe that dissent is critical,” Skaggs said.

PrevLaw Professors File Amicus Brief in Minnesota v. Johnston et al.
CDP in the Press: Climate Change Made Me Do It: Activists Press The ‘Necessity Defense’Next