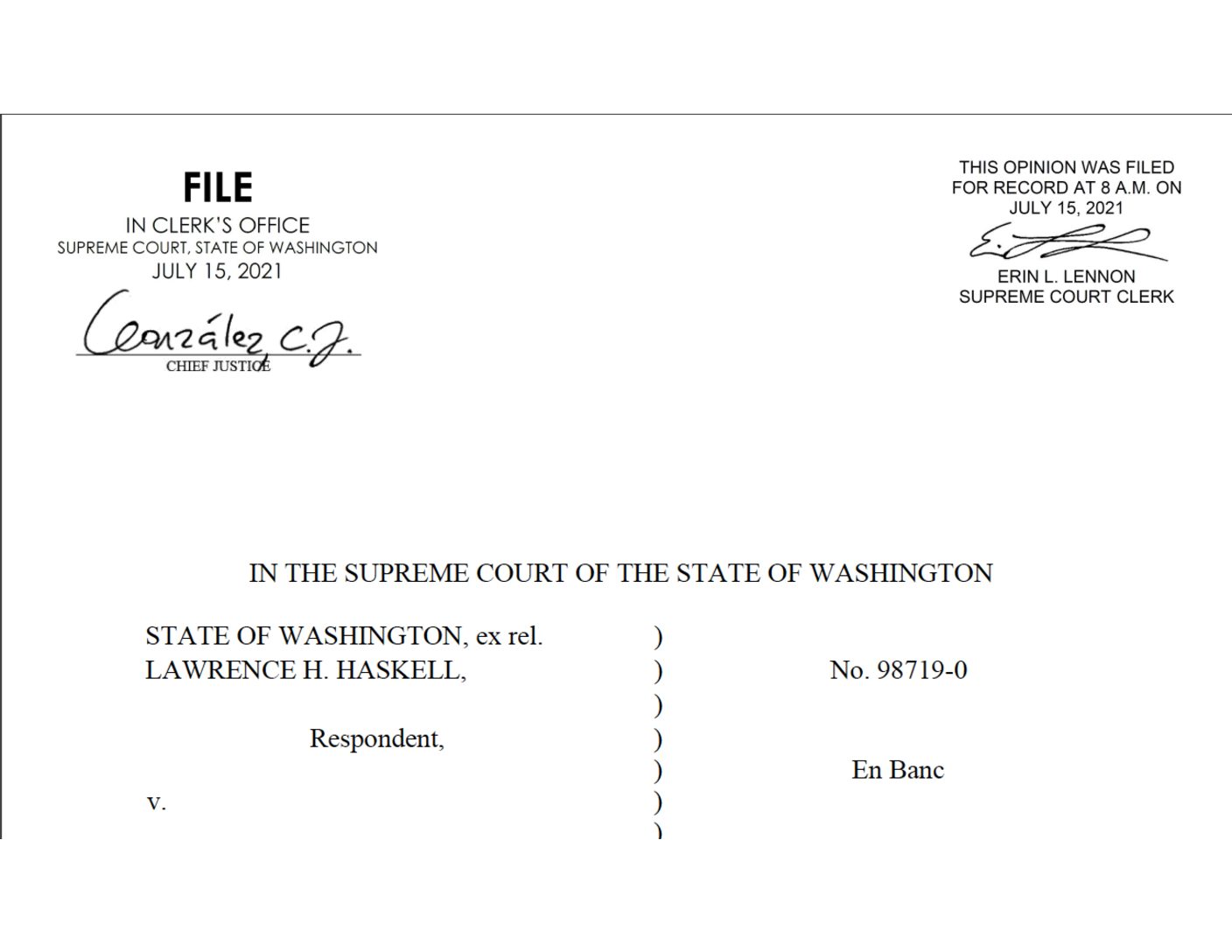 In a decision signed by seven justices, with two justices abstaining on the necessity question and none dissenting, the Supreme Court of Washington issued an opinion today holding that George Taylor, a minister and member of Veterans for Peace, presented sufficient evidence to raise the climate necessity defense at his jury trial. The opinion, which analyzed all four elements of the defense, reversed the rulings of two lower courts and resolved a split between Divisions I and III of Washington appellate courts on whether climate activists should be allowed to present a necessity defense.

A press release can be found here.

Climate Defense Project submitted amicus briefs on behalf of law professors to both the Appeals Court and the Supreme Court, which you can find on our Resources page; some of the language and examples from those briefs appears in the Supreme Court’s opinion.

A previous case in which CDP provided representation to valve-turner Ken Ward, along with attorneys Lauren Regan and Ralph Hurvitz, set the stage for the Supreme Court’s review in the Taylor case. The Ward case led to the first written opinion recognizing the climate necessity defense by an appellate court.

Mr. Taylor had sought to present a necessity defense after a peaceful September 2016 protest in which he blocked tracks used by oil trains traversing downtown Spokane, citing dangers to the climate and the health and safety of local residents. Following testimony from experts on climate change, civil disobedience, and transportation safety at a June 2017 hearing, a judge gave Mr. Taylor permission to present a necessity defense — also known as a choice-of-evils defense — at a jury trial. Mr. Taylor had planned to present evidence that his minor lawbreaking was necessary to raise public awareness and spur action to address dangers caused by oil trains and the climate crisis. However, the prosecution appealed the granting of the necessity defense before trial began, and the case has been on appeal since then.

Today’s Supreme Court opinion means that, in future Washington cases, the climate necessity defense must be heard by a jury whenever there is credible evidence to support each element of the defendant’s argument. The Court focused particularly on the requirement that a defendant demonstrate exhaustion of reasonable lawful alternatives to lawbreaking — a requirement on which many previous efforts to assert climate necessity defenses have foundered. The Court held that alternatives to lawbreaking must be effective in order to be considered reasonable, and that the existence of democratic avenues does not preclude activists from raising the necessity defense when their previous record of political involvement has shown those avenues to be ineffectual.

Mr. Taylor’s case will be remanded to the trial court, where he will permitted to present a climate necessity defense to a jury.