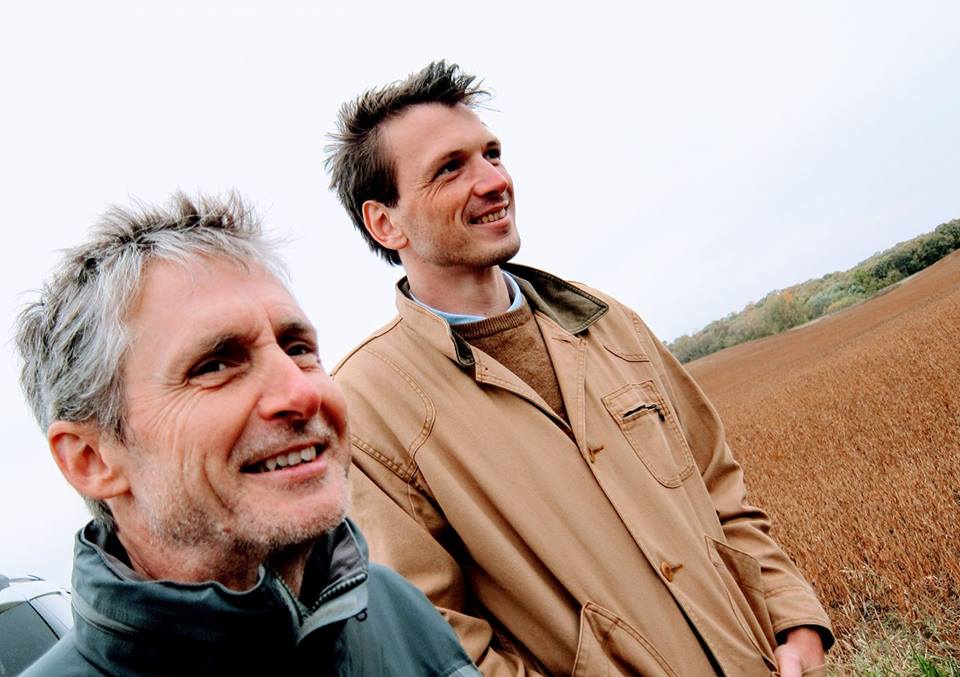 After Judge Refused to Allow Climate Change Experts To Testify in Their Defense, Climate Activists Michael Foster and Sam Jessup Are Convicted on Felony Charges in North Dakota Court for Shutting Off Keystone Tar Sands Pipeline

[Cavalier, North Dakota – October 6, 2017] The landmark trial of Michael Foster, a mental health counselor in his 50s from Seattle, just ended in conviction on several felony charges for his action of shutting off the emergency valve on the Keystone 1 tar sands pipeline in North Dakota to fight climate change.

Foster was convicted in North Dakota’s Pembina County District Court of criminal mischief, conspiracy to commit criminal mischief (both felonies) and criminal trespass (a misdemeanor). He was acquitted on the charge of reckless endangerment. The convictions carry a total maximum sentence of 21 years.

Foster’s co-defendant Sam Jessup, who livestreamed Foster’s action, was convicted of conspiracy to commit criminal mischief (a felony) and conspiracy trespass (a misdemeanor). His convictions carry a total maximum sentence of 11 years.

Foster and Jessup are out on bail awaiting sentencing, which is scheduled for January 18. The presiding judge, Laurie A. Fontaine, has ordered a pre-sentencing investigation on both defendants.

Reacting to the verdict, Foster said, “We’re here to change everything–the laws, whether it’s legal to pump tar sands, whether we can defend our young. I’ve been here in North Dakota a month trying to listen and learn, and I know we have to start these conversations. But the courtroom is for combat, and couldn’t allow us to make a defense that undermines the written codes, even in order to defend life. Unfortunately, we’re out of time. Our kids can’t wait any longer for us to shut this stuff down.”

“I’m feeling so relieved and peaceful right now,” Foster added. “I’m grateful to the jury for wrestling with this for several hours. There were some tearful faces in there, I think they were taking it as seriously as they could.”

Foster is one of five of #ShutItDown “valve-turners” who acted simultaneously in four states and successfully shut off the flow of tar sands bitumen from Canada into the US — the equivalent of 15% of daily US oil consumption. They targeted tar sands because it’s the most carbon-intensive, climate-damaging form of oil.

“I still think that if the people of North Dakota were given the opportunity to consider the facts of the climate crisis with the same kind of rigor that lawyers use in a court of law to put evidence before a jury, that they would recognize the emergency,” said co-defendant Sam Jessup. “Our government is not responding to this crisis… It’s important to find ways for the American people to have the right to deliberate on the greatest crisis we’ve ever faced.”

The trial made national news because it probed the question of whether Foster, Jessup and other climate activists whose trials are pending would be allowed to cite evidence and testimony about climate impacts of carbon-intensive fuels like tar sands to show their actions were motivated by the need to prevent climate damage.

Foster wrote in a Newsweek column this week: ” The prosecution…moved to block me from presenting evidence of climate danger, the main reason I acted. Prosecutors argue jurors might be biased by hearing about climate change, or being shown evidence of how dirty fossil fuels like tar sands affect it, and what those impacts mean for North Dakotans and all of us.. ..As a matter of justice, it’s fundamental to have that discussion, and cite evidence to support it, in front of a jury.”

That discussion was disallowed by the judge. Dr. James Hansen, perhaps the leading authority on climate change in the US, travelled to North Dakota to testify, because, as he said, “I’m the one who said tar sands are ‘game over’ for climate, and here [is Michael Foster] facing trial for trying to do something about it.” But Hansen and other climate change experts were barred by Judge Fontaine from testifying for the defense. Hansen also prepared written expert testimony, which is available on request. It finds that North Dakotans and all Americans are in serious danger from climate change, unless “meaningful action to confront the crisis” is taken now, especially on tar sands.

“I wonder what the jury would have said if Hansen and the other expert witnesses had been allowed to testify?” said Emily Johnston, a fellow valve-turner whose trial for shutting off the emergency valve on the Enbridge tar sands pipeline is pending in Minnesota. She and her co-defendant retired attorney Annette Klapstein each face charges of criminal damage and criminal trespass, and aiding and abetting both, carrying up to 22 years in jail and fines of up to $46,000.

Ken Ward, valve turner in Skagit County, Washington, was convicted of burglary at a June trial, after two trials in which the judge refused to allow a necessity defense. Leonard Higgins, a retired Oregon state government employee, faces felony charges carrying up to 10 years in jail and fines of up to $50,000 for shutting the emergency valve on the Spectra Energy Express oil sands pipeline in Montana. His trial is scheduled for late November.

NOTE TO EDITORS AND PRODUCERS:

Foster, Hansen and other sources mentioned in this release are available for interviews on request. For more information, or to arrange an interview, contact Stephen Kent, skent@kentcom.com , 914-589-5988