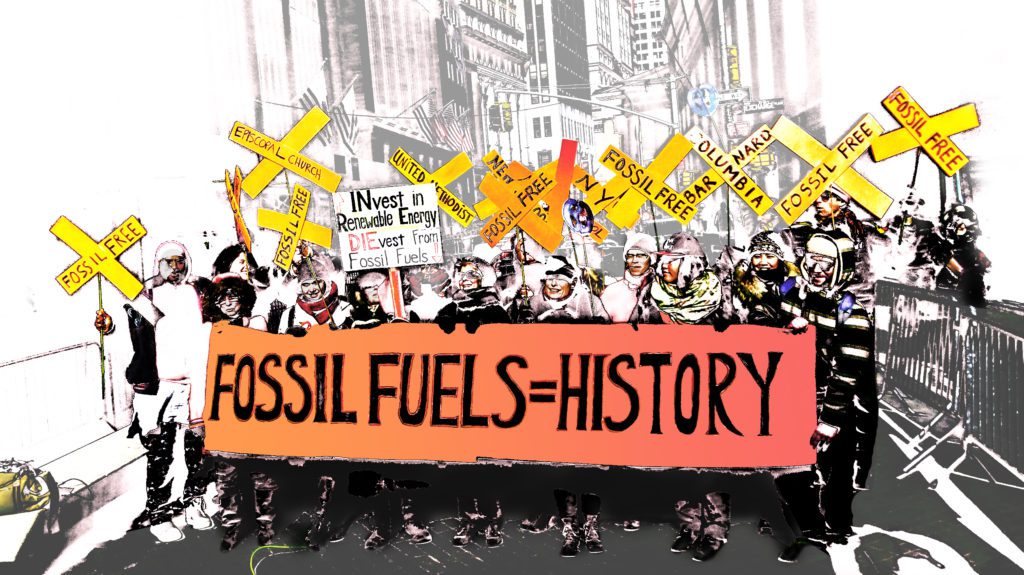 The Principles of Climate Civil Resistance is a document summarizing the legal basis for resistance to the fossil fuel system. A PDF version of the Principles is available here. CDP’s Update on the Principles can be found here.

Civil resistance is a form of non-violent opposition to oppression, injustice, and environmental harm. It is carried out by ordinary people and social movements. In the context of climate change, civil resistance against the fossil fuel system is justified by law, morality, and the long-term interests of the planet and its people; it is grounded in the ongoing violations of our federal and state governments in abetting corporate degradation of the climate; and it is demanded by the need to build a new society in which equity and ecological sustainability replace the corruption and violence of the current regime. The right to engage in civil resistance is premised upon fundamental and undeniable rights to a healthy planet and a just future.

We live in an age of climate crisis. Changes to atmospheric composition, caused primarily by the combustion of fossil fuels, are producing widespread sea level rise, extreme weather, drought, and widespread social and political dislocation. Accelerated warming will continue for at least several decades, disproportionately affecting the most vulnerable people on the planet. While climate instability at a massive scale is already inevitable, further carbon emissions ensure an ever more catastrophic outlook for the future.

The climate crisis is a social crisis. Two centuries of the extraction of gas, oil, and coal have occurred within a system of exploitation and a general assault on non-human nature. While the use of fossil fuels has provided material gains, it has driven excessive consumption and economic inequality, producing harms that now far outweigh its benefits. The continued extraction of these fuels, despite clear evidence of their poisonous nature and the ready availability of alternatives, serves to enrich the ruling class at the expense of the poor, the planet, and future generations. Continued use of fossil fuels magnifies inequalities and reinforces hierarchies — including those based on race, gender, class, sexuality, ability, and other identities — that are endemic to the established order.

Communities and activists in the United States and around the world have waged this struggle for years and have articulated the urgency of resistance. While recognizing the historical injustices of our present political system and the right of self-determination for Indigenous nations within the borders of the United States — as well as the contradictions and limitations of the American legal system — it may be useful to consider the legal justifications for civil resistance against the fossil fuel system. The following principles of climate civil resistance are intended as a resource for individuals and communities engaged in the struggle to combat climate change with climate justice.

Addiction to fossil fuels is a designed dependence. Governments and fossil fuel companies work together to ensure that production is profitable and that the price of extracting, refining, transporting, and burning fossil fuels is borne primarily by its victims. Those who benefit most from this process — private profiteers and their public protectors — claim energy use is a matter of consumer choice. For decades they have deflected responsibility, withheld climate science from the public, and directed attention away from the political-institutional apparatus undergirding the fossil fuel system. Their consolidation of political control has distorted democratic processes and insulated them from the popular will.

Government and civil society have proven incapable of meeting this challenge. Decades of efforts to convince public institutions and corporations to abandon their destructive behavior have failed, culminating in the absurd but telling fact that, after years of record-setting temperatures and extreme weather, the most powerful government on earth now denies the very reality of climate change. It is too late to wait for executives, legislatures, or agencies — often co-opted by the very industries they are charged with regulating — to recognize the necessity of action.

The Right to Resist

Any claimed legal entitlement to extract, transport, and sell fossil fuels is presumptively invalid. There is no right to wreak havoc on the planet and its people. To the contrary, by failing to address the climate crisis and by perpetuating the fossil fuel system, corporations and governments have violated state, federal, and international law.

These extraordinary violations produce a right to resist on the part of the people. Popular consent is the predicate of democratic governance and may be revoked when the institutions of government have lost their allegiance to the public. The basic right of the people to replace a corrupt regime with a new social order based on justice and equality is immutable and requires no legal sanction.

The law recognizes this principle of just resistance. The doctrine of necessity, by which individuals are justified in violating the letter of the law to serve a greater interest, has been ratified for millennia by legal codes and traditions, including by the American common law and the statutes of various states. Laws recognizing the right to defend self, others, and property furnish additional justifications for resistance. The Universal Declaration of Human Rights asserts that the people “have recourse, as a last resort, to rebellion against tyranny and oppression,” and our nation’s founding documents are premised upon the principle of resistance to unjust rule.

The right to climate civil resistance is based on the following sources and principles:

The Declaration of Independence and the Constitution of the United States

Rights to Local Government and Self-Determination

The Universal Declaration of Human Rights

These legal principles (and others which may be articulated or developed) illustrate a right to non-violently resist the fossil fuel system and the actions of federal, state, and local governments that support it. This resistance is justified by the extreme and existential threat of climate change to all human and non-human life. The right of resistance is further grounded in justice, morality, and the right of the people to withdraw their consent from a government that works against their interests.

Whatever form this non-violent resistance takes — and it is already underway in communities across the world — those confronting the fossil fuel system stand justified in their fight for a better world.