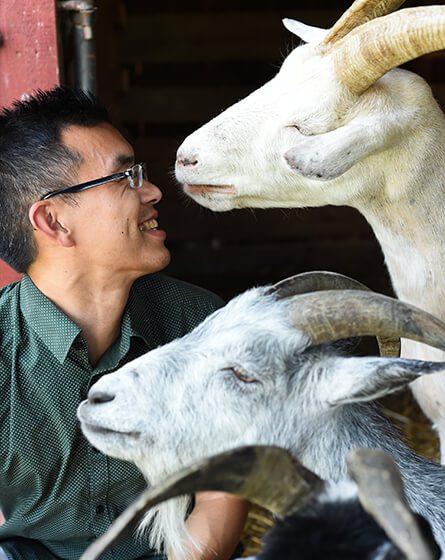 Wayne Hsiung is co-founder of the global animal rights network Direct Action Everywhere (DxE) and lead investigator in the DxE Open Rescue Network. His work as an investigator has been reported on in The Wall Street Journal and The New York Times, and he organizes grassroots campaigns that have mobilized activists in over 140 cities and 30 countries. Prior to co-founding DxE, Wayne studied behavioral economics as a NSF Graduate Fellow at MIT, taught at Northwestern School of Law (where he co-authored research with Harvard’s Cass Sunstein on the impact of climate change on animals), and practiced securities law at two national law firms while maintaining a pro bono practice representing victims of domestic violence. Wayne has organized for social justice campaigns since 1999, including campaigns against capital punishment and for housing justice.