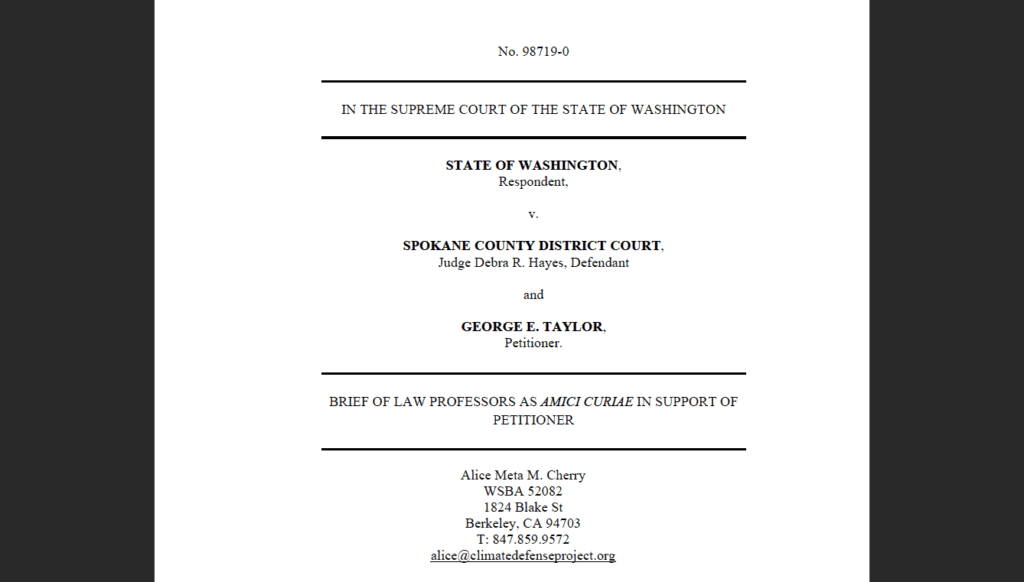 On January 4, we filed a friend-of-the-court brief with the Washington Supreme Court on behalf of 79 law professors. The brief supports the rights of climate activists to present evidence to a jury — under the rubric of the climate necessity defense — about global warming and the political failure to address harms from fossil fuels.

The case, Washington v. Taylor, stems from a civil disobedience action on September 23, 2016 in which Reverend George Taylor and other members of Veterans for Peace, along with the Raging Grannies, temporarily blocked freight trains carrying coal and oil through downtown Spokane.

The appeal currently before the Washington Supreme Court is expected to resolve a split between two different divisions of the state’s appellate courts regarding whether climate activists should be permitted to present a necessity defense in nonviolent civil disobedience cases.

The brief can be found here.