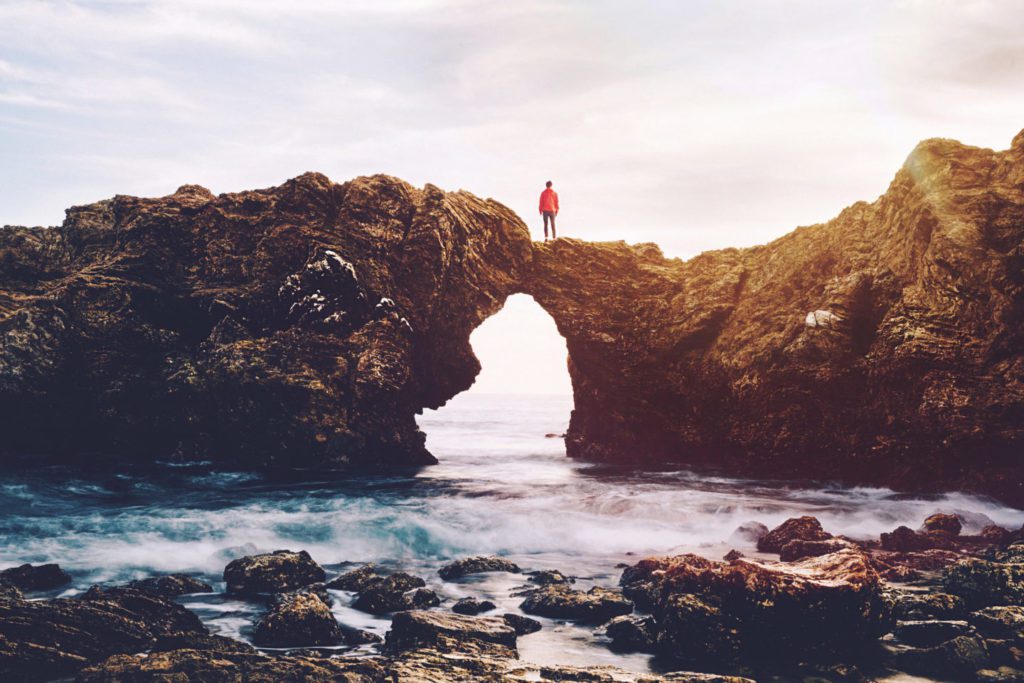 Emily Johnston is a poet, writer, and climate activist currently facing criminal prosecution for her participation in the #ShutItDown (a.k.a. “valve-turner”) direct action in 2016. You can follow her on Twitter at @enjohnston. Climate Defense Project is part of the legal team providing support to Ms. Johnston and the other valve-turners.

A certain kind of anxious question comes almost every time we give a talk as the Valve-Turners: Why would you take such a risk? What brought you to this? One interviewer was sure that I was leaving something out in my answers; he thought for sure some moment in my childhood had primed me for this.

I could tell it that way, if you wanted. It’s true that when I was twelve or thirteen, my brother told me about global warming. We lived on a low-lying island each summer, a place where the manmade causeway would sometimes be dramatically reclaimed by the sea in a big storm: swallowed by waves, just like that. The island was the place I loved most in all the world, and it disturbed me deeply to suddenly imagine it under the rising seas—my father’s vegetable garden, my mother’s flowers, the trees and their dappled light. It gave me an uncomfortable awareness of impermanence.

But the truth is that my love for the natural world often gave me that feeling of vulnerability: extinctions, factory farming, the clubbing of baby seals—all of these were wounds to my sense of connection and continuity. It’s a susceptibility I shared with a lot of sensitive kids. Which is to say, with a lot of kids—not to mention adults.

The root of all of these questions is: you’re risking jail time, and I’m worried about climate change too, but I’m afraid to do something like that: how are you different from me? And the discomfort I want to offer you is, I’m not. I’ve just gotten here a little sooner, that’s all.

We now have only four years left if we wish to have even a 2/3 chance of staying below 1.5°C of warming—which we assuredly do, given that current levels of warming have already triggered some terrible processes, and caused droughts, wars, and hideous storms. When they say we have four years, the article makes clear, they don’t mean that in four years we have to get serious about reducing our fossil fuel use. They mean that at current rates of emissions, in four years, we have to stop if we want to avoid widespread tragedy. Which I do, and I’m guessing you do, too.

Here comes the tide, my friends. Are you willing to let it swamp everything—your home, your children, the wild abundance of this Earth?

I didn’t think so.

Some of the rise in both temperature and sea level is inevitable now—rivers of meltwater are loosening ice caps as I write this; warming permafrost is belching methane into the air. But we have an off switch for what isn’t yet inevitable—in fact, we have a lot of them. Pipelines, car ignitions, fossil fuel-funded politicians: off, off, off. We have to use all of these. Most of all, though, we have to disable the part of us that looks away from looming catastrophe; we have to gaze steadily at the beautiful world, and understand its vulnerability. Not just “nature”: us, because we are nature too, and dependent on its broad and bountiful thriving.

Once we’re honest enough to see the darkness threatening all that we love, we’ll be unstoppable. At that point, I promise, we valve-turners won’t be the only ones shutting off pipelines. At that point, the tar sands workers themselves will be doing so. Their CEO’s may be blinded by ideology and the drive to profit, but they, like us, are just regular people balancing daily needs and future hopes. They’re not willing to give up their kids’ futures altogether, so the minute there’s broad understanding that that’s what we’re doing, the jig is up. That’s why the fossil fuel industry has been fighting that understanding so hard for decades—but it’s a losing battle now, and will be ever more so.

So I might be different from you in that it’s now my job to read all the articles that give me such a sense of urgency. And I might be different from you in that I’ve been alert to the problem for decades. This is not a point of pride; it’s a point of profound sorrow, because I was worried long before I was shutting off pipelines (or blocking Arctic rigs in a kayak, or feverishly trying to turn people out to hearings and protests, or doing anything else I could to build momentum for change). Those of us who understood this problem sooner—thanks to happenstance, privilege, and/or temperament—we carried the responsibility for countless children on our shoulders, and most of us shrugged them off for far too long: Hey, kids—someone else will take care of you. I’ve got a life to live.

Most of the time, the catastrophe seemed like a long-term threat; I thought those kids were in future generations. But then I realized it wasn’t, and they weren’t: it changed me. It will change you too.

So what drives people to risk years in jail to try to force the needle on a political, legal, and social response to climate change? Maybe, it’s that vulnerability that gets us there first—there may be something in our circumstances and in our natures that makes it a little harder for us to look away, a little easier for us to imagine what’s coming. But all that means is that we understand the stakes a little sooner. It doesn’t mean that everyone else won’t.

If you think about everything that begins to happen when we’ve missed that four-year deadline—and if you love anyone or anything in this world, then I’m pretty sure that you, too, will see that risking a few months or years in jail is, frankly, nothing. It’s the least I can do.

We have the gift of moral clarity. We have one job above all others, now: we have to focus the full attention of the human race on restoring the stability of this beautiful world. Given how beholden our political system is to fossil fuel money, working outside of that system is an essential part of the battle. I’m pretty sure there’s exactly no one who believes that our current system is likely to respond quickly enough to save us from the tragedies that going over 1.5° will bring—even though it’s well within our capabilities. And in truth there may be nothing we do can manage that, either—but we have to try, and we can get the needle moving in the right direction…quickly enough to save a lot of lives, and maybe even quickly enough to leave room for hope of an end-of-century return to climate stability.

So what brought us to a place of being willing to risk jail time? The same thing that always makes people willing to sacrifice: love.

I’m guessing you love someone or something too. It’s why I think you’re not far behind us.

PrevWhy the Climate Movement Is Stronger Than You Think
Invisible Climate Wars, Part I: Climate Destruction as Gender ViolenceNext