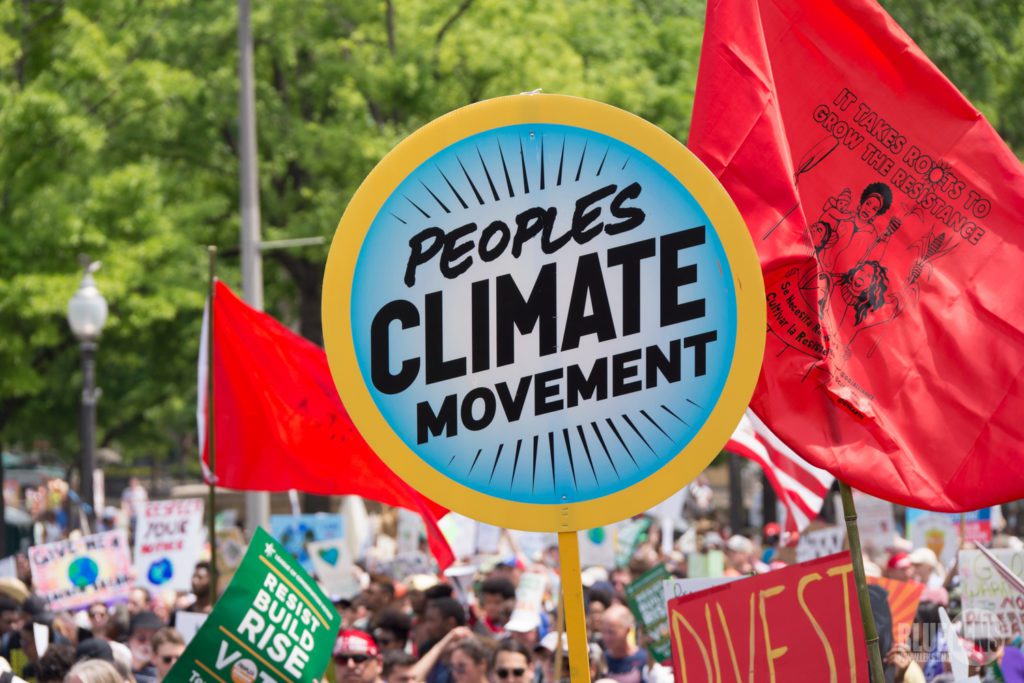 Understanding the Paris Withdrawal: It’s Still Up to the Movement to Make the Future

The past several months in global politics have been disorienting and frightening. Movements for liberation find themselves under assault from newly empowered opponents and atavistic ideologies that had appeared headed for the dustbin of history. It’s hard to have faith in progress at a moment when so much seems to be moving in reverse.

But one upshot of all this fluidity is that structures of power — mainstream political parties, corporate media, conventional wisdom — suddenly appear more vulnerable than we’d imagined. This vulnerability can be exploited by grassroots activists.

The climate movement has often suffered from the illusion that the horizon for change is limited by the political possibilities of the moment. Rather than imagining emancipatory futures, we’ve settled for what’s possible in our current system of corporate dominance and enfeebled environmental governance.

But the shocks and setbacks of the past year — including, most recently, President Trump’s withdrawal from Paris — offer two silver linings.

First, the battles lines in the climate conflict are clearer. On one side are the fossil fuel oligarchs intent on preserving their profits as long as possible; on the other, people’s movements fighting for a climate justice future. Second, we’ve seen that rapid, radical political change is possible. Structures of power are not as firmly entrenched as we imagined. Rather than disrupting the system to promote hate and fear, we can disrupt to introduce deep changes that will foster a healthy and fair society.

To do so, we need to acknowledge and support “inside-the-system” climate progress – such as shareholder activism at major energy companies — while focusing most of our attention and effort on grassroots action. It’s bad strategy to think that the same government-corporate complex that produced the climate crisis will avert it. Instead, people’s movements will imagine and enforce the social changes needed for climate justice.

The struggle over the Paris Agreement illustrates this point. The Agreement was a major step forward for climate progress. It ratified the idea that aggressive, coordinated global action is needed to reduce emissions, and it provided a powerful acknowledgment of the climate crisis. Trump’s withdrawal is deflating, not least because it encourages other countries to delay their own decarbonization plans, with disastrous effects.

But the Agreement was never the end-all be-all of climate policy, and the turn away from fossil fuels does not depend on the whimsy of a single American president. For one thing, the growing economic dominance of renewable energy is outside Trump’s control. Presidential actions, including efforts to dismantle the Clean Power Plan and to open up new coal, gas, and oil leases, may slow or even reverse reductions in U.S. emissions in the short term. But they cannot prevent decarbonization of global energy production in the long term, because no amount of wrongheaded regulation can contain technological and economic pressures to move away from fossil fuels.

For another thing, the Paris Agreement’s real value — which is symbolic — survives the withdrawal. The Agreement is useful as a social-movement talking point and as a signal of minimal global consensus on the climate crisis, not as a reasonable plan for emissions reduction. Its provisions are nonbinding. The national plans formulated thus far under its provisions would produce warming of at least 2.6 degrees. The Agreement’s weaknesses are a result of the fossil fuel industry’s role in its drafting, backed by the United States. (These weaknesses explain why companies like ExxonMobil seek out good P.R. by continuing to support the Agreement.) But its strengths — as an international statement of what must be done, if not an adequate expression of how — are the result of grassroots pressure, and will continue to pay dividends to the climate movement.

In other words, the Paris Agreement acknowledges our climate reality, but it doesn’t offer a viable way to change it. That’s not surprising: fossil fuel companies and petro-states cannot be relied upon to draft an escape plan from the status quo. That’s the climate movement’s job: to imagine the future.

To believe that real alternatives to the status quo are possible, we need only look to the Trump election for a kind of perverse hope. Trump won by defying political common sense, by attacking the mainstream and condemning establishment institutions. His subversion is motivated by personal enrichment and racial and patriarchal resentment. But another subversion is possible, one directed at liberation and redistribution.

We’re already making small steps in that direction. Campaigns for a living wage, for the dismantling of the carceral state, and for the rights of immigrants, to name but a few, have made great strides in recent months. In the climate arena, the push for recognition of the climate necessity defense is advancing, helping to empower grassroots climate activists. And recent progress in climate law suggests that the courts, which up to now have largely served to protect the industry, may soon deliver major victories for the movement.

The upshot of the last few months of climate policy regression is that we have a clearer picture of reality: a reality in which the interests that rule us refuse to address the climate crisis unless forced. So our pressing task, in the midst of a general failure of the status quo, is to force strategies that change reality.