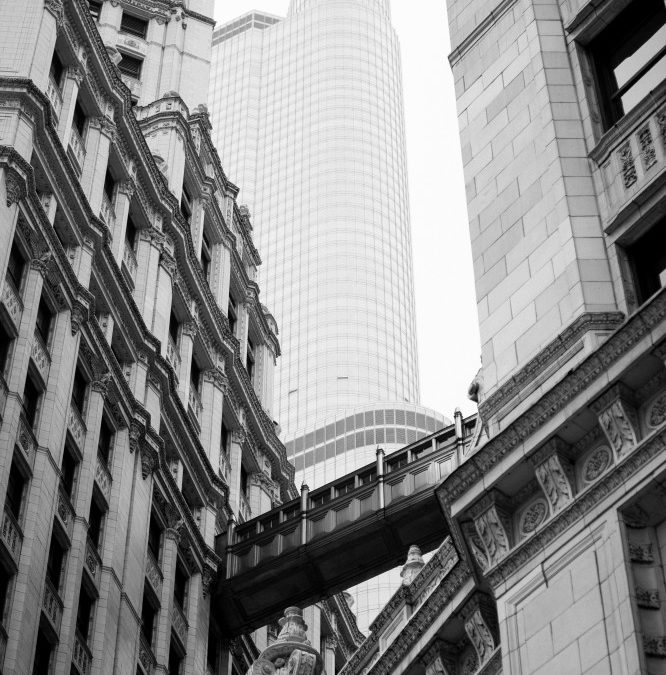 The Way Forward: Climate Law and Activism in the Age of Trump

With Trump as President and both houses of Congress controlled by conservatives, what avenues remain for climate activists?

Since the Presidential election, a growing chorus of voices has vowed resistance to Trumpism. Those voices have called for protests, marches, and nonviolent civil disobedience. They have called for organized, principled opposition to the unraveling of constitutional protections previously thought guaranteed to American citizens. They have pleaded for justice and reason in the face of legal or political assaults in nearly every contested sphere of American public life: civil rights, racial justice, immigration, economic justice, gender equality, and legal rights for LGBTQ people. They are, in short, part of a national uprising against the President-Elect’s threatened policies and a burgeoning, cross-movement resistance to hatred- and fear-based politics in all its forms.

The movement for climate justice is part of that uprising. From the youth-led Power Shift Network to the American Baptist Churches Creation Justice Network, members are focusing on civil disobedience. In doing so, they are building on past successes, including the partial defeat of the Keystone XL pipeline and the incredible momentum generated by the battle over the Dakota Access pipeline at Standing Rock.

If the election’s outcome had been different, many well-intentioned advocates of sensible climate policy (i.e., policy consistent with continued human habitation of Earth) would have continued to work through approved policy channels—for instance, testifying before Congress on energy policy, or prodding the Environmental Protection Agency to adopt more stringent regulations. Those efforts would likely have failed: even the climate-science-accepting Obama administration lacked an effective response to climate change, and the presence of a Democrat in the White House is no guarantee of success. But the prospects for success would have been different, at least in the public imagination. While many people would have continued to work outside official channels—taking part in street protests and getting arrested, among other things—there would have been genuine questions about the effectiveness of protest in creating change, about whether all of us hadn’t better just learn to play the inside-the-Beltway game. Those questions have dogged, and delayed, progressive action to avert climate catastrophe.

With Inauguration Day fast approaching, the inside game no longer exists. Even by the standards of Trump’s nightmarish Cabinet picks—an attorney general with white supremacist connections, a labor secretary who opposes efforts by his fast-food employees to secure fair wages and has considered replacing them with robots—Scott Pruitt stands out as an appalling choice to lead the EPA. As Attorney General of Oklahoma, Pruitt is currently suing the EPA over its signature attempt to decrease carbon emissions, the Clean Power Plan. Pruitt has spent much of his political career railing against the organization he now bids to lead. Oh, and he’s a climate change denier.

According to a Public Citizen report, 70% of the incoming administration’s agency landing team members represent corporate interests. That is a stunning figure, but the trend underlying it has long been an open secret. The nomination of Exxon Mobil CEO Rex Tillerson for Secretary of State lays bare what we already knew: fossil fuel industry interests are driving U.S. energy policy.

Civil disobedience is a powerful tool for climate action because it dramatizes the exploitation (of peoples and ecosystems) and devastation (of landscapes and communities) that is already occurring thanks to climate change. By engaging in climate civil disobedience, participants draw attention to the fact that we are now in a climate emergency. Civil disobedience sends the message that the catastrophic consequences of inaction are worse than court fees, or attorney fees, or time spent away from work, or the physical and emotional hardships of prison, or other consequences that participants elect to face instead. Civil disobedience and resulting legal cases can also have a democratizing effect, allowing ordinary people to influence climate policy.

There is another site of resistance to Trump’s policies, less remarked upon in the context of climate change but equally important to the post-election resistance strategy: the courts. It is true, of course, that the appointment of Antonin Scalia’s replacement will push the Supreme Court further to the right than it has been in a generation and will complete the conservative takeover of the federal government. It is also true that the Senate’s refusal to confirm many Obama appointees to the federal judiciary has left 99 vacancies on federal district and appeals courts—vacancies that Trump appointees will likely soon fill. But the judicial branch is not so easily captured, and many judges will resist the Trump agenda. It also bears remembering that there is an entirely separate system of state courts. Lawyers and watchdog groups have begun readying themselves to throw sand in the gears of the Trump administration by resorting to the tried-and-true political tactic of litigation.

As discussed on this blog last month, legal activism has already emerged as an important front in the fight for climate justice. Under a Trump administration, the judicial branch will become even more important. While flawed, the legal system can produce results that the other branches of government simply cannot. (Case in point: a federal judge recently determined that “the right to a climate system capable of sustaining human life is fundamental to a free and ordered society.”)

The climate movement can and should inject new energy into these tactics—protest and litigation—by combining them. When activists engage in civil disobedience, they often spend relatively little time on the action itself but spend months interacting with the criminal legal system. While the specter of legal consequences can discourage would-be activists from participating in civil disobedience, effective engagement with the criminal legal process can actually amplify the impact of an action.

In the sphere of civil litigation, the fact that existing environmental laws are poor vehicles for strong climate action has meant that activists, and lawyers collaborating with them, have been willing to proffer creative legal arguments and defenses. Groups like Climate Defense Project can help activists democratize the legal landscape by bringing causes of action that do not depend upon aging and over-stretched federal statutes, that do not require establishing exclusionary and outdated forms of legal standing, and that adequately reflect the concrete impacts of climate change on people’s lives, now and in the future.

Availing themselves of the courts proactively, whether via strategic criminal defense or affirmative litigation, allows climate activists to present their story in terms broadly resonant and accessible to the public: the language of legal rights. It also provides courts with the opportunity to interpret laws in ways that promote climate justice.

At their core, acts of resistance are expressions of hope: hope that a risky action will make a difference, that a personal sacrifice will matter, that a bitter struggle will ultimately succeed even if the actors themselves are not around to celebrate victory. These acts of hope and courage are the best way to challenge an administration built on fear. In this age of Trump, we must use the tools left to us. We must register our voices, loud and clear, in those areas where we are mostly likely to be heard. We have, after all—from the perspective of climate change—little left to lose.